You are here: Home1 / The Chestertons Community Stage 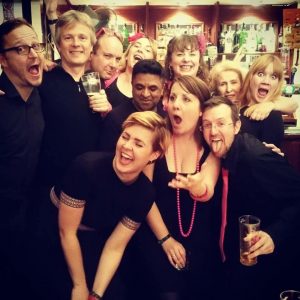 Kitsch in Sync is London‘s most fun loving a-cappella choir. We specialise in performing hit songs mainly from the 1980s as you’ve never heard them before. Why? Because the majority of our songs are arranged specially for us by our ridiculously talented in house music team.

"In KiS (as we‘re known to our friends) we’ve really put the emphasis on fun - and our audiences relate to this. As a result we’ve performed at festivals, events and celebrations all over London and people often ask us back for more. Plus we sing all your favourite 80s/90s and 00s songs - what more could you want?" 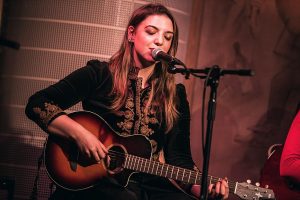 Edinburgh-born, half-American, hyphen-loving Daisy Chute is a folk songstress and multi-instrumentalist with a particular penchant for the banjo. Formerly of Decca’s platinum-selling classical group All Angels, she is excited to be working on her début album of original songs with producer and songwriter Tim Baxter (Andy Burrows, Editors, Nick Mulvey, Jasmine Thompson). A regular in the London music scene and an award-winning singer and songwriter having just been awarded first place in the Coffee Music Project singer-songwriter competition, Daisy has been taught and mentored by rock royalty Sir Ray Davies, featured as a vocalist on Radiohead‘s latest album A Moon Shaped Pool, and even got the thumbs up from Sir Paul McCartney after a performance at the Royal Albert Hall. One of Paul Sexton’s ‘top music tips’ for 2018, Daisy’s music has been compared to Simon and Garfunkel and Joni Mitchell (BBC Radio Kent) and her voice has been described as “Exquisitely delicious. Delicate, like a gossamer-winged creature made out of spun gold." Tony Moore (Soho Radio, The Bedford) 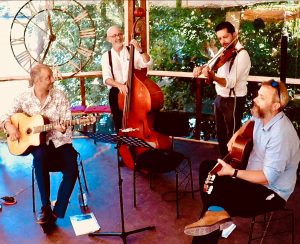 ‘Back from a whirlwind tour of Hamburg the lads are ready to Swing Bermondsey. Check out le Hotclub website below. 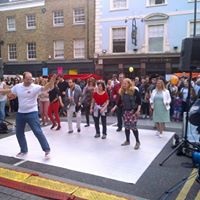 "Salsa Oracle a Salsa & Latin Dance Company based in Borough with classes & outdoor events all over London.
Come down to Bermondsey Street Festival for a Fun Free Taster Class at 2:30pm & Dancing in the streets after until 4pm. Salsa Oracle has been a regular at The Bermondsey Street Festival for many years providing a healthy dose of Latin flavour to the festival. Get ready to move those dancing feet!" 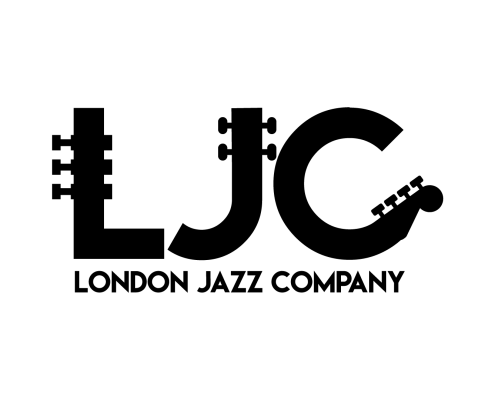 ’Here to bring Cuba, the Carribean and South America to London. This group of talented musicians will be bringing you salsa, bossa nova and a little ska and are sure to get you moving in the last of the summer sunshine 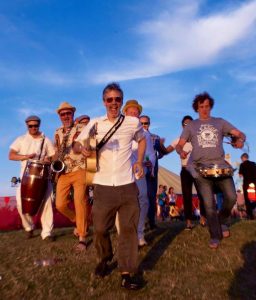 The Cracked are the hazy Balearic vibe of Ibiza to the rich Latin sounds of South America, dropping funky African beats and harmonies against a backdrop of English pop on a sunny summer afternoon.
Infectious fusion dance that steps to upbeat rhythms, sumptuous brass and mouth-watering melodies.
This London based 8-piece embraces international musicians from as far and wide as Argentina and Australia, blending styles effortlessly to create an uplifting and Tropical / Soca / Afrobeat, sound.
So let’s get this party started. 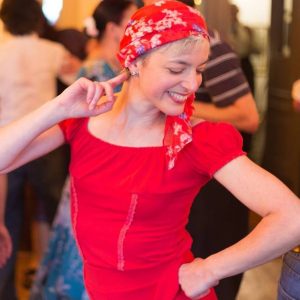 Nikki Santilli brings everyone together with her popular free dance lessons in vintage jazz. Learn to messaround with the boogie back then swing to the live band!

Dance beats at the heart of a community on our Chestertons Community Stage beats with a very special joy.

I can’t wait to be back there!